Niko has a background in film editing and works as a freelance post-production supervisor and a workflow consultant. With his base in Germany, he works mostly on international projects – fiction and documentary films for cinema release.

His projects in the recent years include: Bal – Honey by Semih Kaplanoglu, Hannah Arendt by Margarethe von Trotta, Only Lovers Left Alive by Jim Jarmusch, A Pigeon Sat on a Branch Reflecting on Existence by Roy Andersson and 55 Steps by Bille August. Currently he is working on the next film by Roy Andersson.

Niko gives lectures at various film schools and is a coach for the Torino Film Lab, the Rotterdam Lab and Berlinale Talents. In 2010 he was part of the very first APostLab (then EP2C) workshop and took on the role as Head of Studies for A Post Lab in 2017. 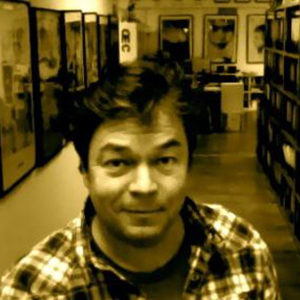